An issue that concerns us all

At 71%, water covers the largest part of our earth’s surface. The oceans not only contain 97% of the Earth’s water, but are also home to over 2.2 million animal species. At the same time, the world’s oceans are very sensitive ecosystems and react strongly to climatic changes and human interventions such as pollution and overfishing. This situation is all the more dramatic when one considers the essential role of the oceans in regulating the global climate. They absorb 50 times as much greenhouse gas as the atmosphere and thus 20-30% of the carbon dioxide emitted by humans since 1980. 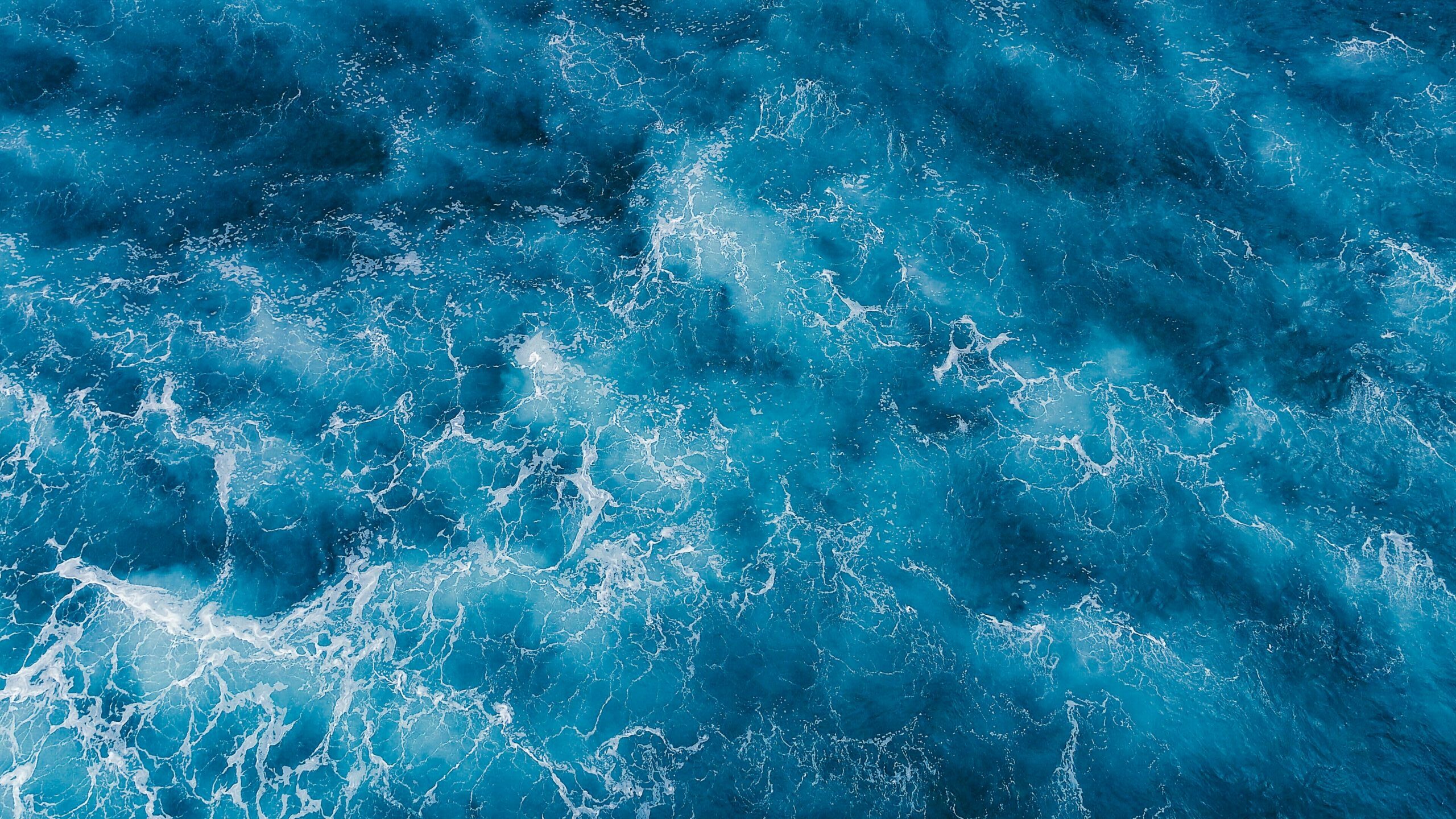 With their activity, the oceans provide 50% of our oxygen – every second breath we take originates in the sea.

The world’s oceans are home to an almost unimaginable biodiversity and contribute significantly to making life as we know it possible on Earth. But the ocean ecosystem is fragile – centuries of human interference have left heavy scars. If no transformative action is taken in terms of ocean conservation, large parts of the seas could suffer irreversible damage. 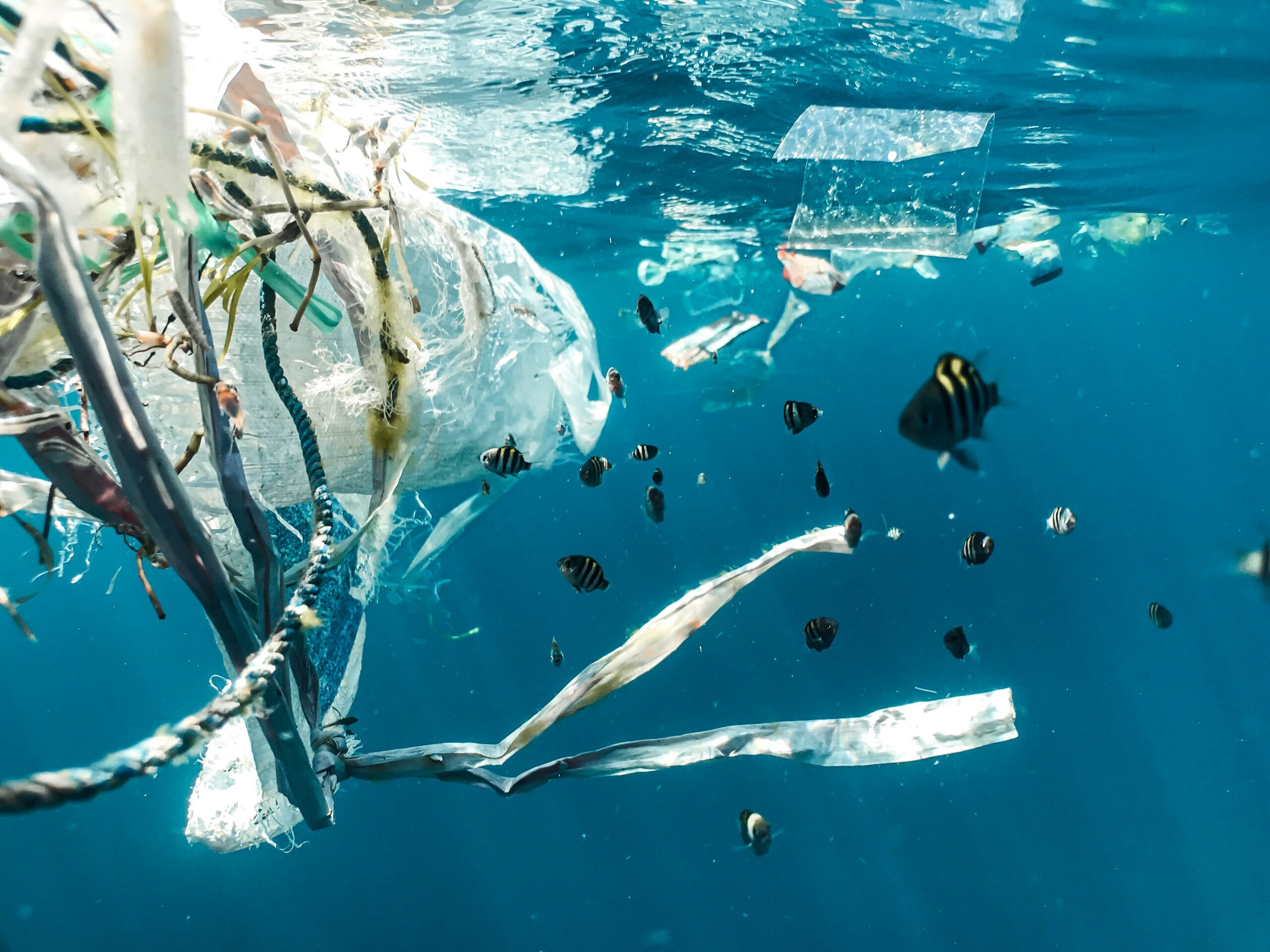 What many people don’t know is that at least one third of the plastic waste in the sea can be traced back to the fishing industry, according to the WWF. “Ghost nets” and plastic rope pollute the oceans and pose a growing problem for the surface and underwater world. Most of the plastic has already sunk to the bottom of the sea. The material, which decomposes only very slowly, enters the food chain in the form of smaller particles and is thus ultimately also reabsorbed by humans. 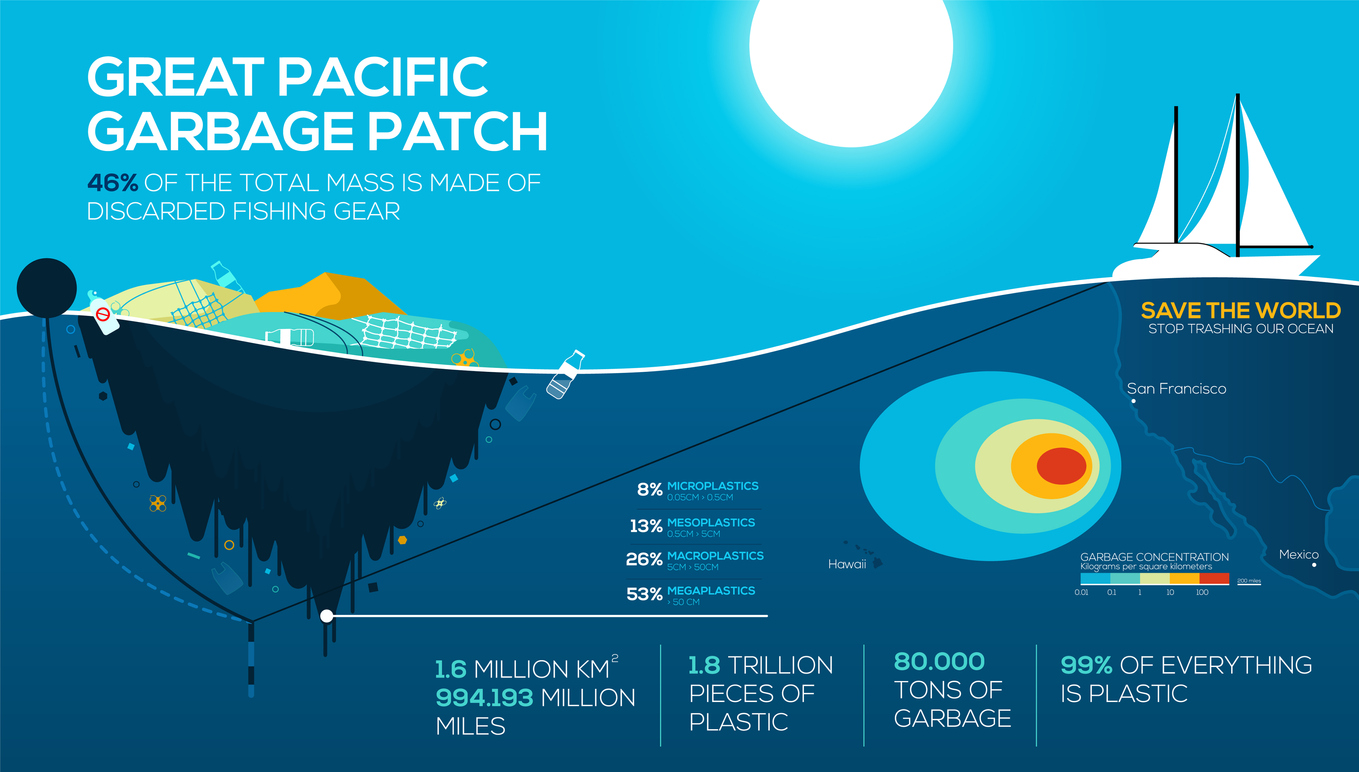 In the meantime, so much plastic waste has accumulated on the water surface that five huge “rubbish patches” have formed due to currents. Probably the largest at present is the “Great Pacific Garbage Patch”. It floats between the west coast of America and the east coast of Asia in the Northern Pacific and consists of countless pieces of plastic. It is now about 4.5 times the size of Germany!

The yachting industry and ocean pollution

The commercial fishing industry and influences from the mainland are by far the biggest factors in terms of ocean pollution. However, the shipping and yachting industries also contribute in various ways. Numerous yacht industry concepts now exist to respond to this problem. From optimised on-board waste processing systems, to electrically powered tenders and even yachts, to the establishment of foundations for the protection of the oceans and large donations for existing marine organisations.
Fortunately, shipyards, brokers and yachties themselves are also becoming increasingly aware of the issue. 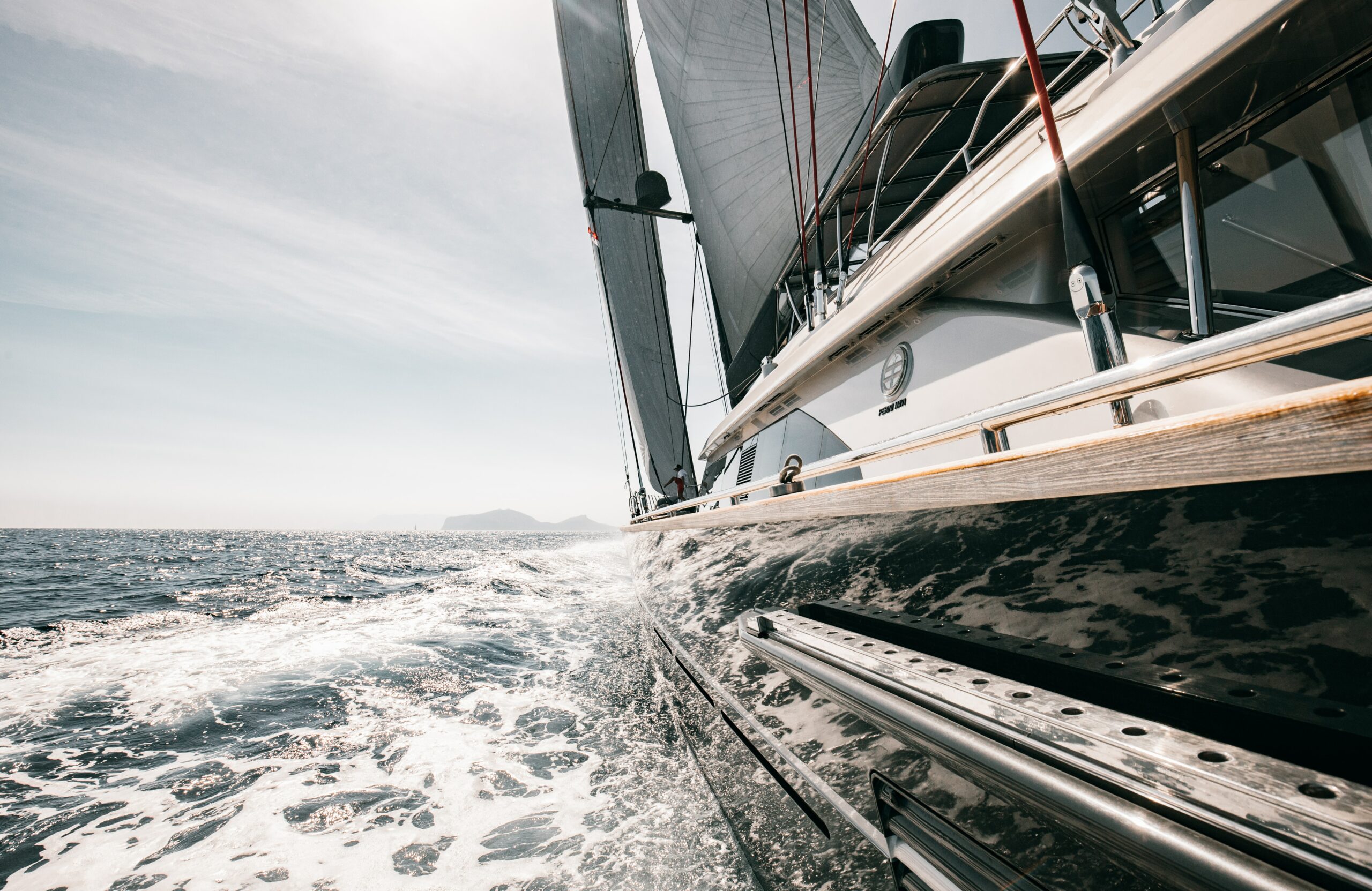 One initiative dedicated to sustainable change in the yachting world is the Water Revolution Foundation. It was launched during the 2018 Superyacht Forum by the yachting industry itself, with the mission of adopting more sustainable ways to push ocean conservation forward. The Foundation is a collaboration of several industry trailblazers. Including shipyards, brokers, suppliers, designers and individuals who share a passion for yachting and the oceans and strive for a sustainable future for the yachting industry.

Because of its unique connection and interest in ocean health, strategic location, and available resources, the yachting industry is the perfect place to make strides in ocean sustainability and conservation, according to the Water Revolution Foundation.

The Water Revolution Foundation addresses a range of issues related to marine pollution and builds its principles on the basic structures and strategies of the major environmental organisations IUCN, UNESCO/IOC and the UN. 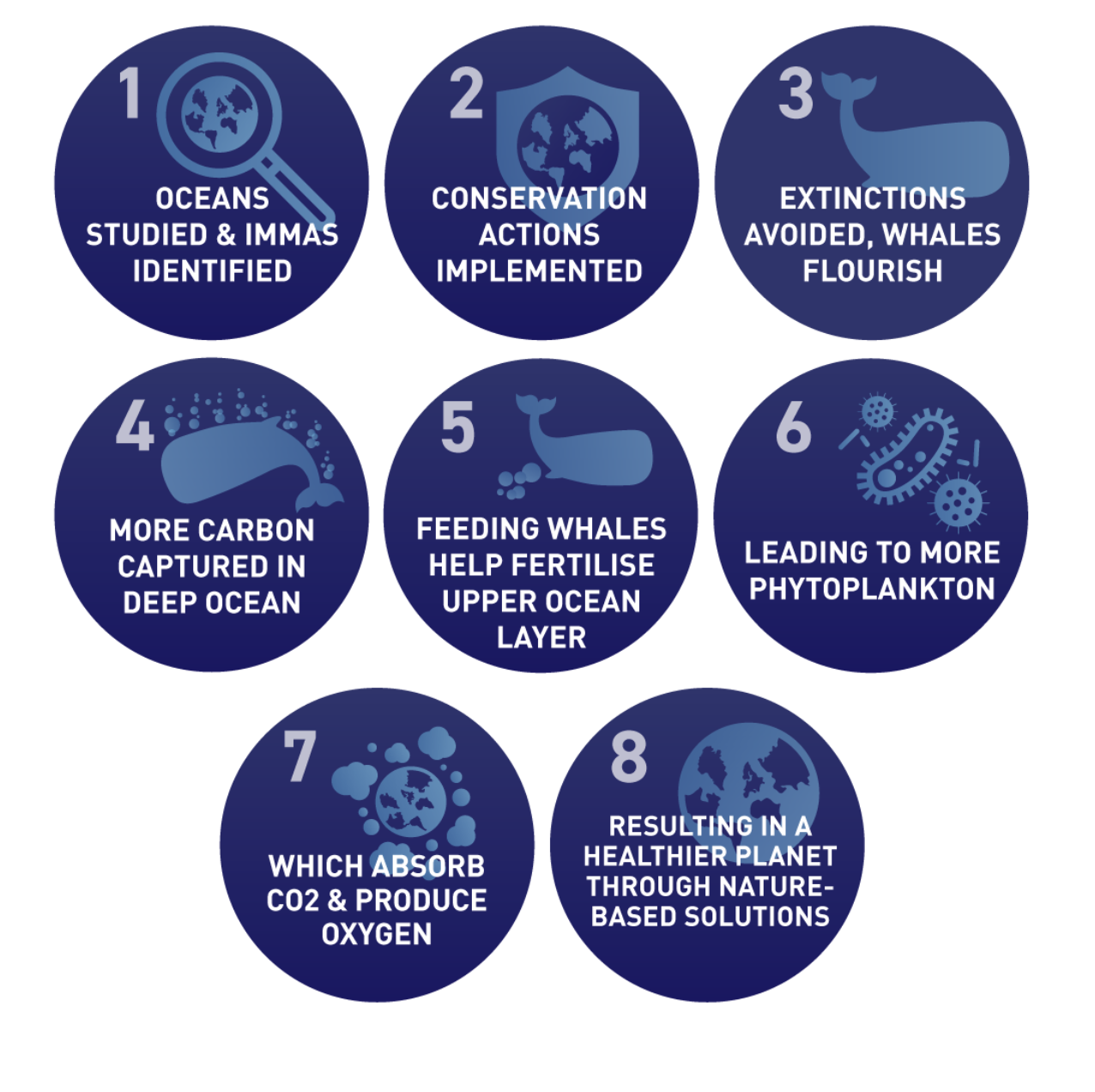 One example of such a project of the Water Revolution Foundation is the IMMA project, which deals with the important role of phytoplankton. Phytoplankton are microscopic, plant-like creatures that collectively absorb more Co2 and produce more O2 than all the forests and grasslands in the world. Their importance is therefore immeasurable.

Paradoxically, it is above all the largest creatures in the ocean that need to be protected for phytoplankton conservation – the whales. Whales mix up and fertilise the oceans, creating an optimal habitat for phytoplankton. Measured in terms of Co2 uptake, one blue whale has the value of a thousand trees.

The IMMA project is part of an existing initiative of the IUCN (International Union for Conservation of Nature) Task Force on Marine Mammal Protected Areas. The protection is not limited to whales, but includes all 130 species of marine mammals, such as dolphins, sea lions, otters, seals and polar bears.

IMMAs (Important Marine Mammal Areas) are certain marine areas that are particularly important for species conservation and thus represent potential conservation areas. These specific zones are selected according to the following criteria and on a purely biocentric basis, independent of political or socio-economic factors: 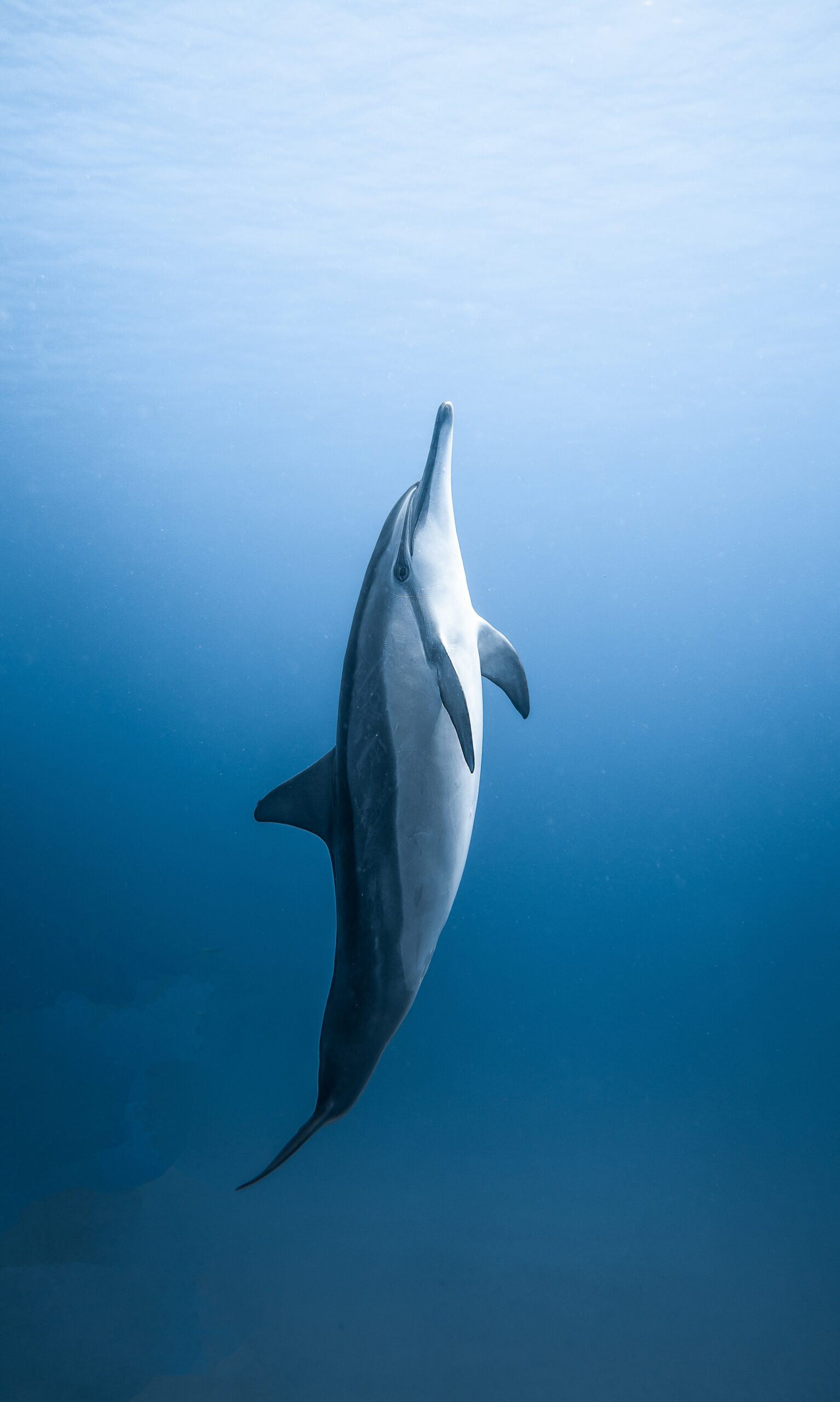 The IMMA project thus works to identify, designate, and ultimately protect and preserve said zones. Once an IMMA zone has been designated, detailed information about it is researched, processed and provided to governments and other regulatory bodies. The stated goal is to draw the attention of the respective governments, stakeholders and general society to the importance of these zones and to advance marine conservation.

Since the establishment of the first IMMA zone in 2016, more zones have been added annually, playing an ever-increasing role in marine conservation and policy-making.

The IMMA program is grounded in science, transparent in its goals as well as its approach, and takes the approach of tackling the problem at its source. Through information and protection measures, acceleration and multiplier effects are to be achieved in order to protect the sensitive ecosystems of the oceans and ultimately make a positive contribution to species and climate protection. 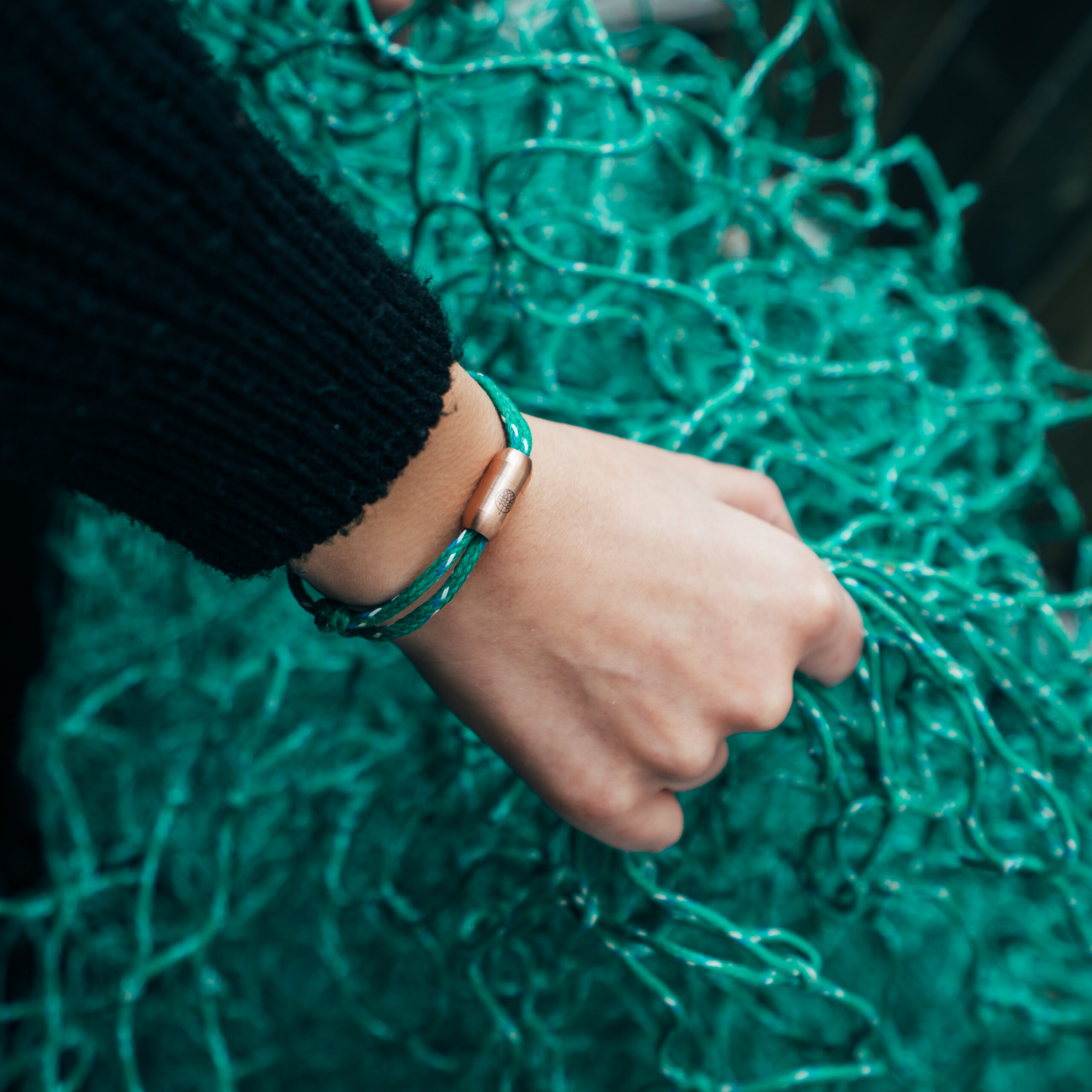 But it is not only donations from a foundation or individual actions that can help to curb pollution. An important issue is also to create awareness for the current situation of the oceans in the broader society. This mission has been taken up by the young company Bracenet.

In 2015, a young German couple discovered countless “ghostnets” during a vacation in Tanzania. They saw firsthand the dramatic impact they were having on local species and the general state of the oceans. It was clear to both of them that something had to be done. Thus, the Hamburg-based company Bracenet was born. 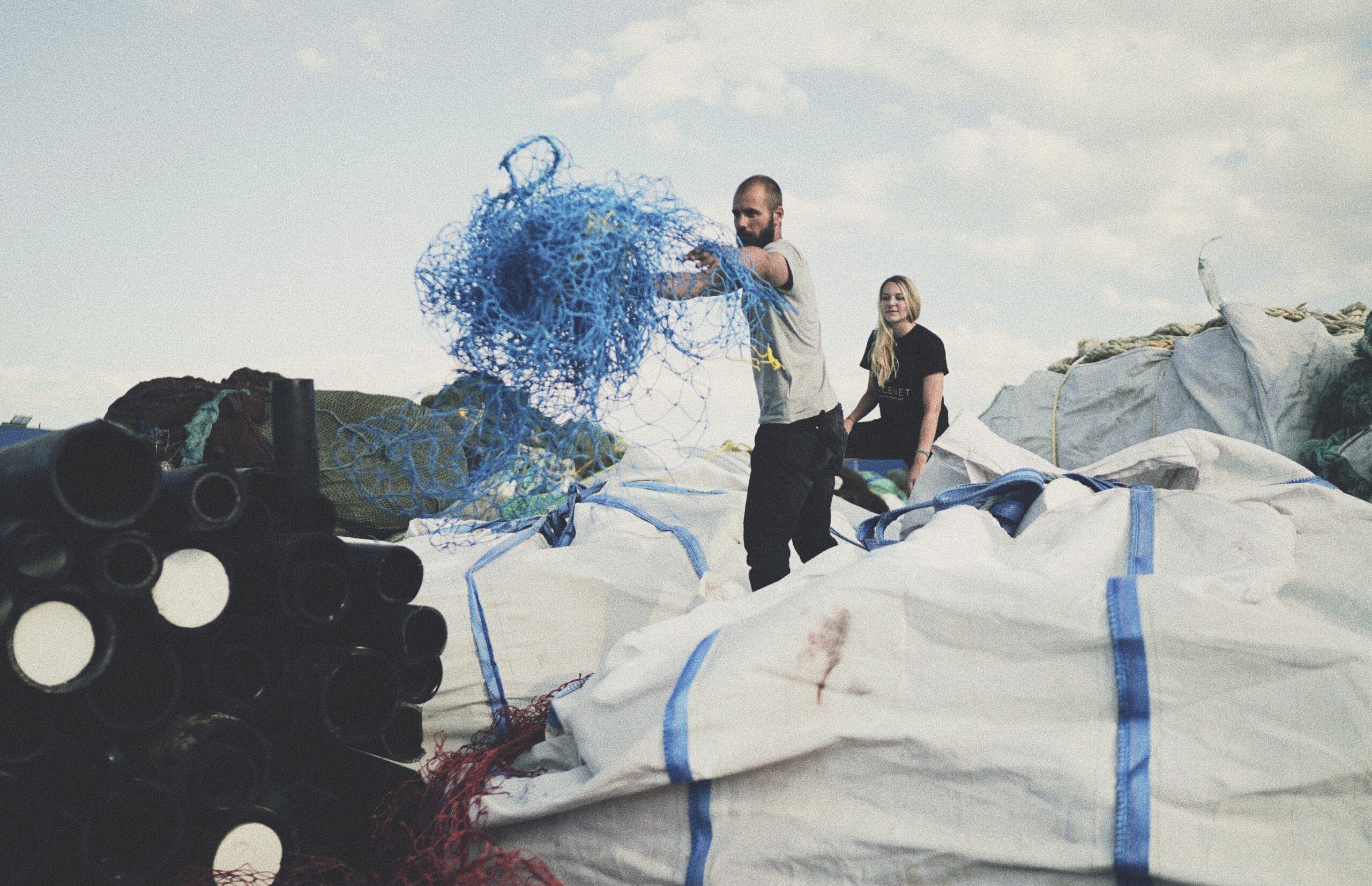 Bracenet’s mission is to raise awareness about the situation of the oceans and to preserve the species and ecosystems of the oceans. To do its part, the startup salvages and upcycles “ghost nets”, which account for about 46% of the plastic waste in the oceans. Upcycling here means reusing the old fishing nets and turning them into new products. 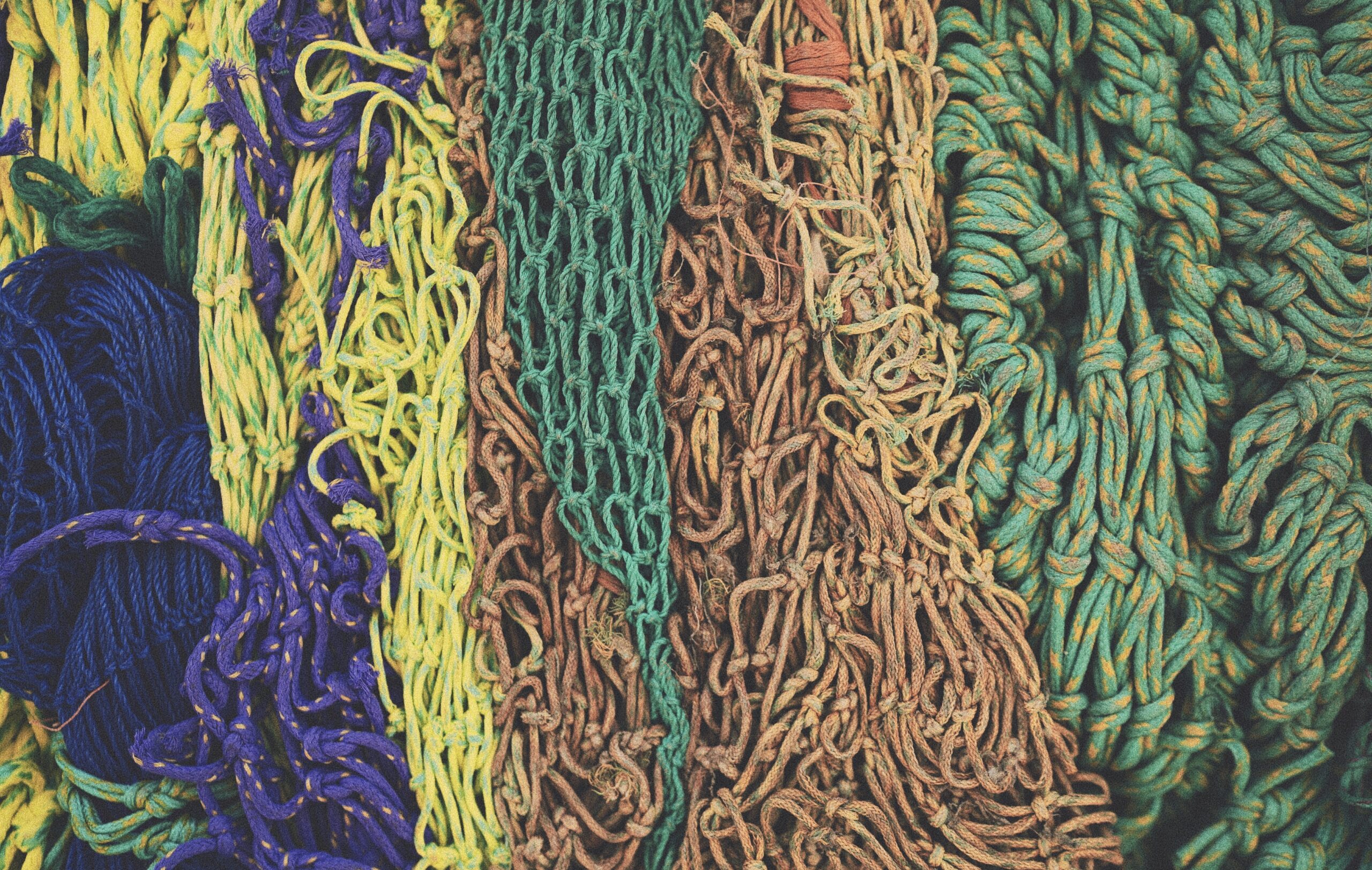 First, teams of divers set out to recover ghost nets from areas and reefs in the sea.

Worldwide, around 200 people are active in the demanding salvage operations.

The salvaged nets are then washed and processed into various products in Germany. 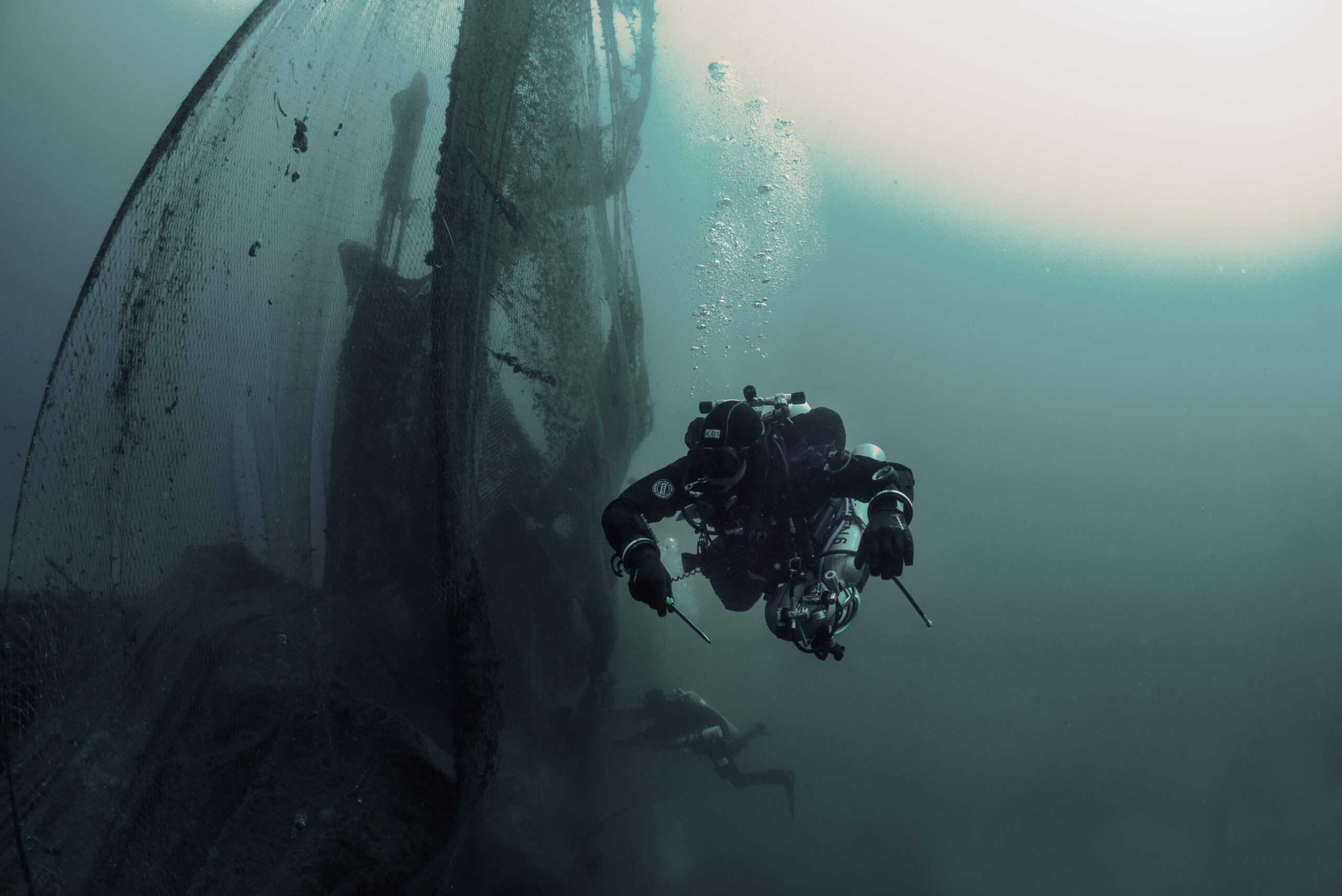 Bracenet’s first upcycled product was colorful bracelets. In the meantime, however, the company produces all kinds of things from the ghost nets. For example, handbags, glasses chains, camera accessories, bags, key chains and even dog leashes. 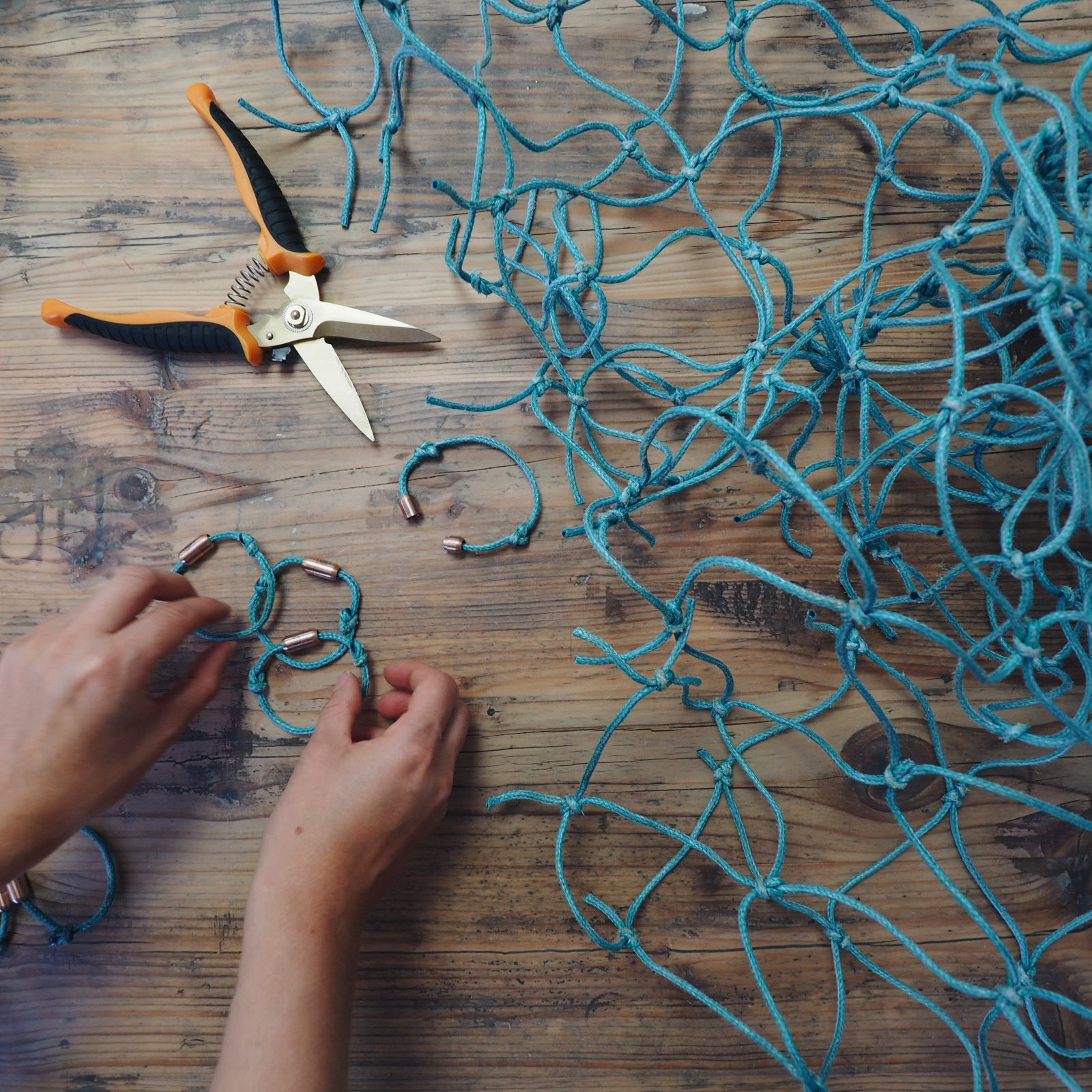 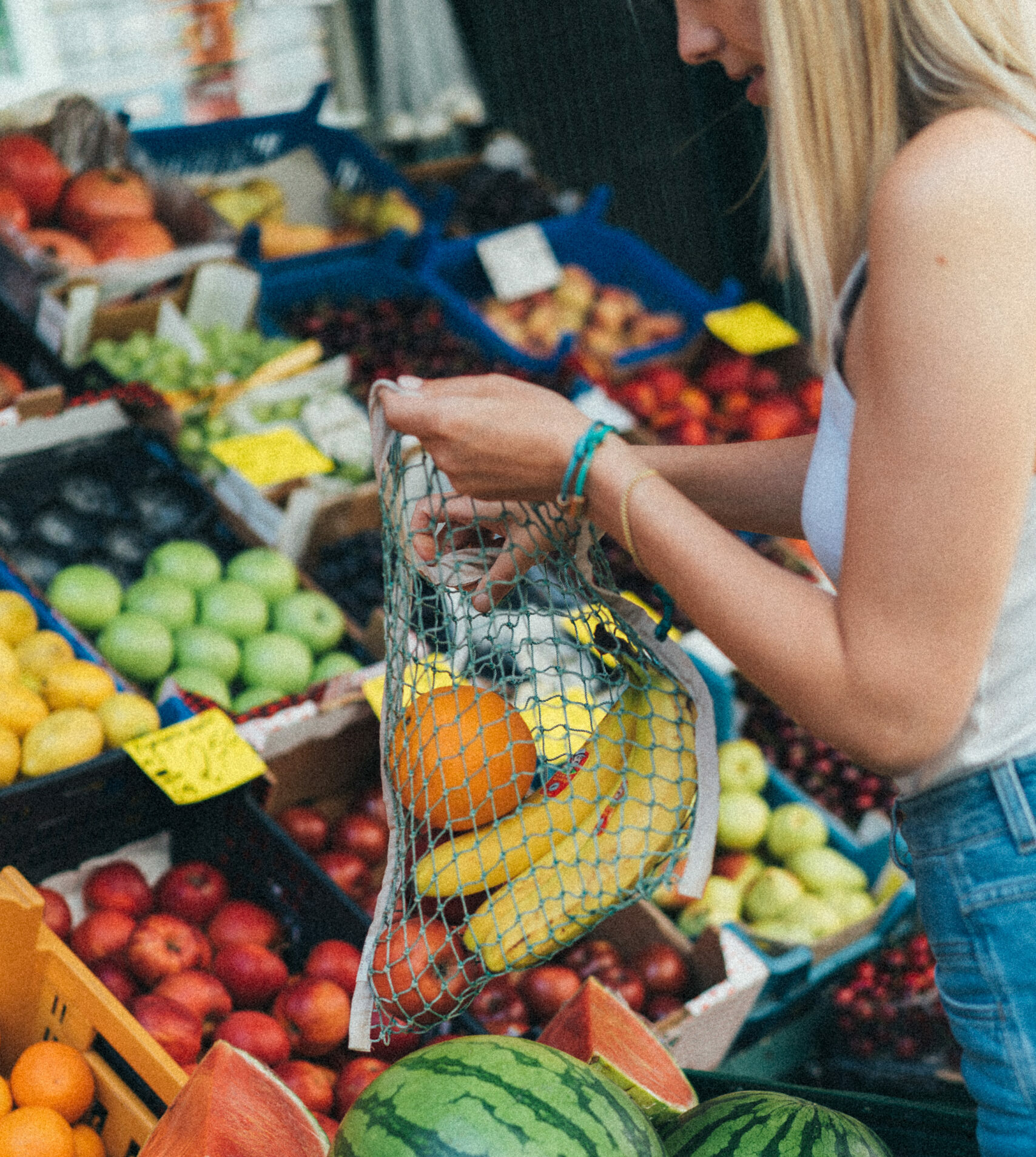 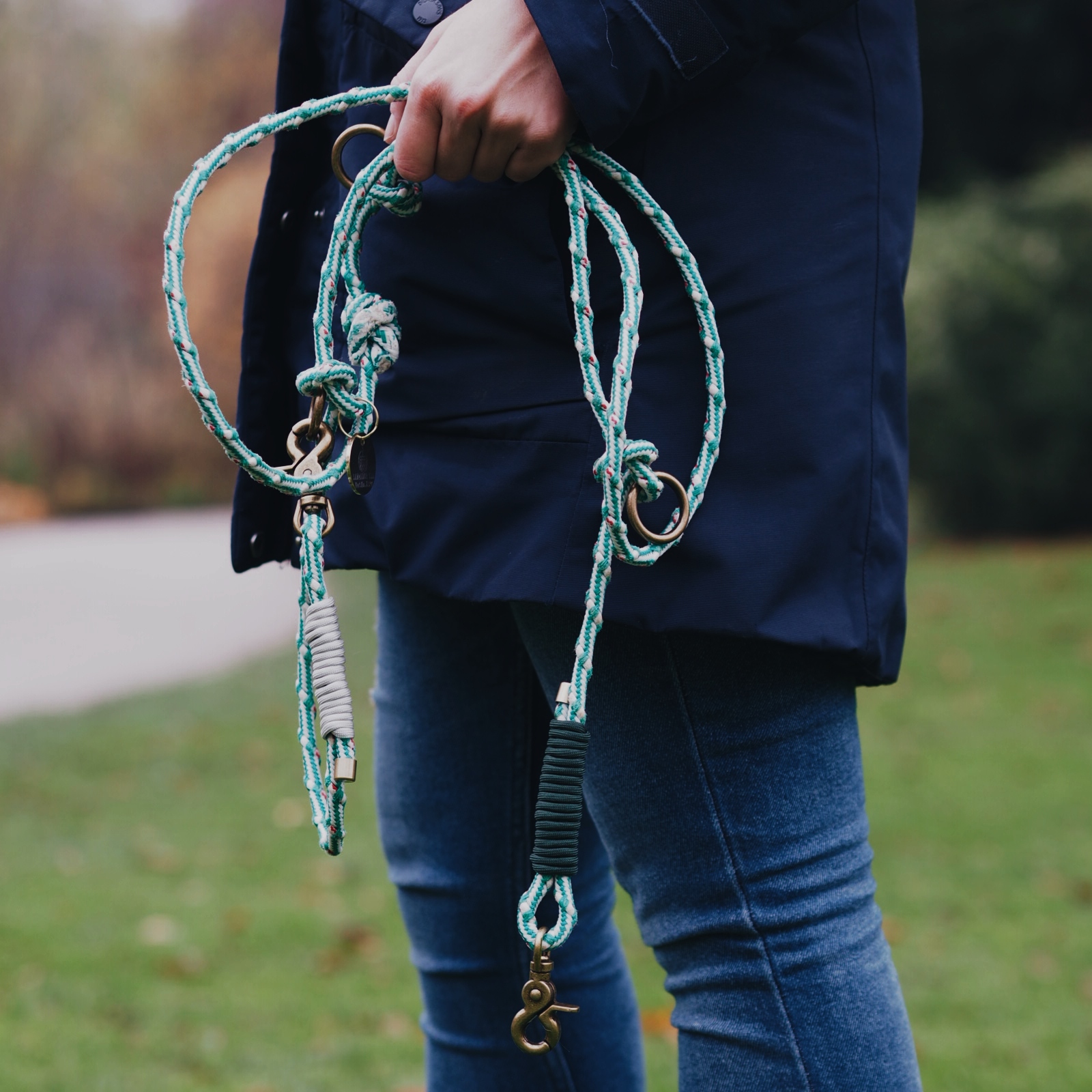 Bracenet’s products not only act as sustainable, upcycled products, but also stimulate conversation and create a growing awareness of the urgent issue around plastic pollution and the need to protect the oceans. Furthermore, the Bracenet team has partnered with other organizations to advance the cause of saving the oceans. For example Healthy Seas, Ghost Diving and Nofir, with whom Bracenet has been working from the beginning. In total, Bracenet has already been able to pass on around 185,000 euros in donations to organizations such as Healthy Seas and is constantly striving to reach even more people with its mission. 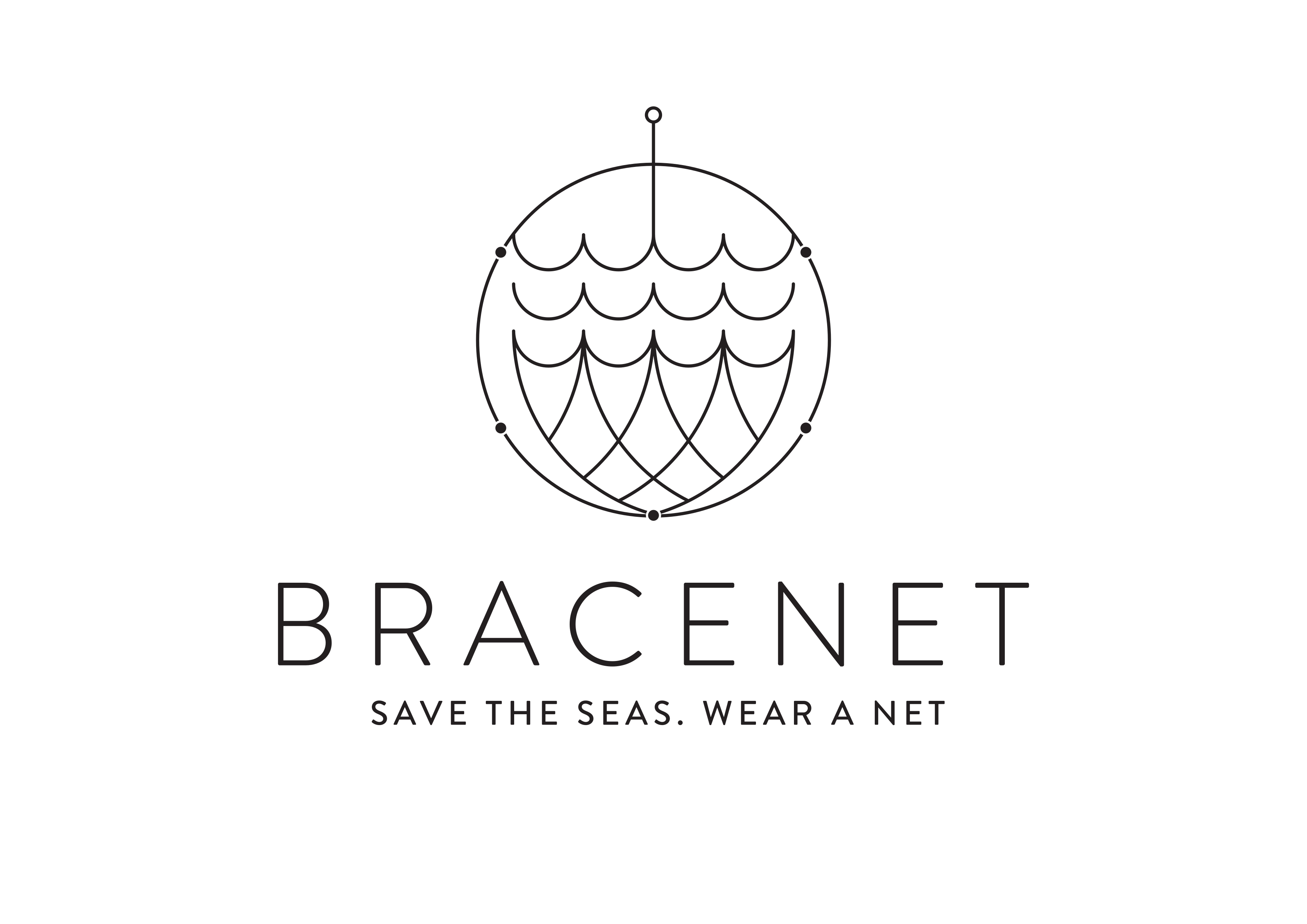 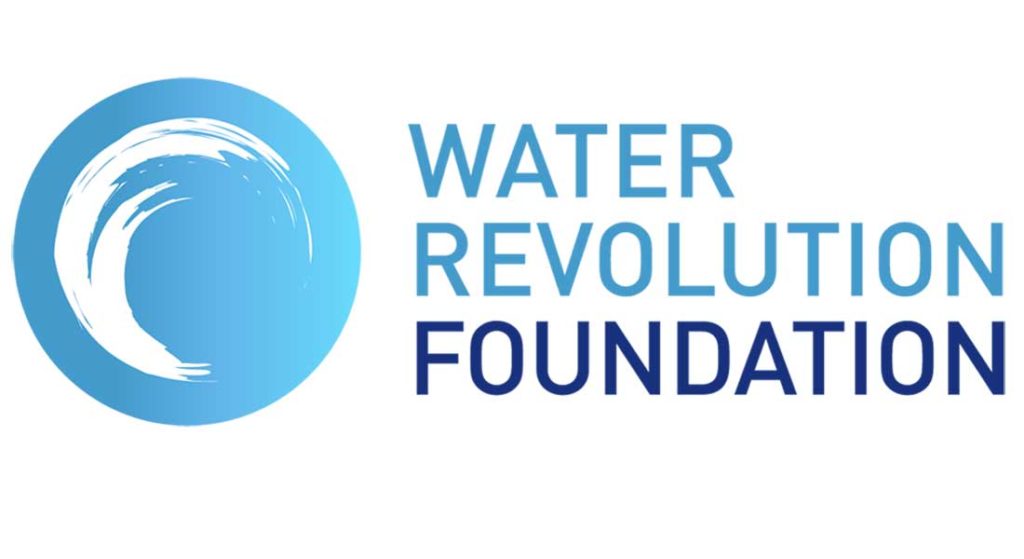 How important the oceans of this world are for biodiversity, climate protection and also our own well-being and survival is unfortunately still not present in the perception of many people.

It is true that most marine pollution is caused by land-based activities or commercial fishing. Nevertheless, we are aware of the fact that marine traffic is also a significant burden on parts of the ocean.

This makes it all the more important to us to draw attention to projects mentioned earlier. We closely follow the activities of the Water Revolution Foundation and are currently thinking about other ways in which we can actively support the protection and conservation of the oceans. We wear Bracenet’s recycled ghost nets on our arms ourselves and are always happy to recommend the company to our customers.

If you would like to learn more about the Water Revolution Foundation and Bracenet, click on one of the logos. If you have any questions, please feel free to contact us or the companies directly.

Let’s work together to preserve what we love. 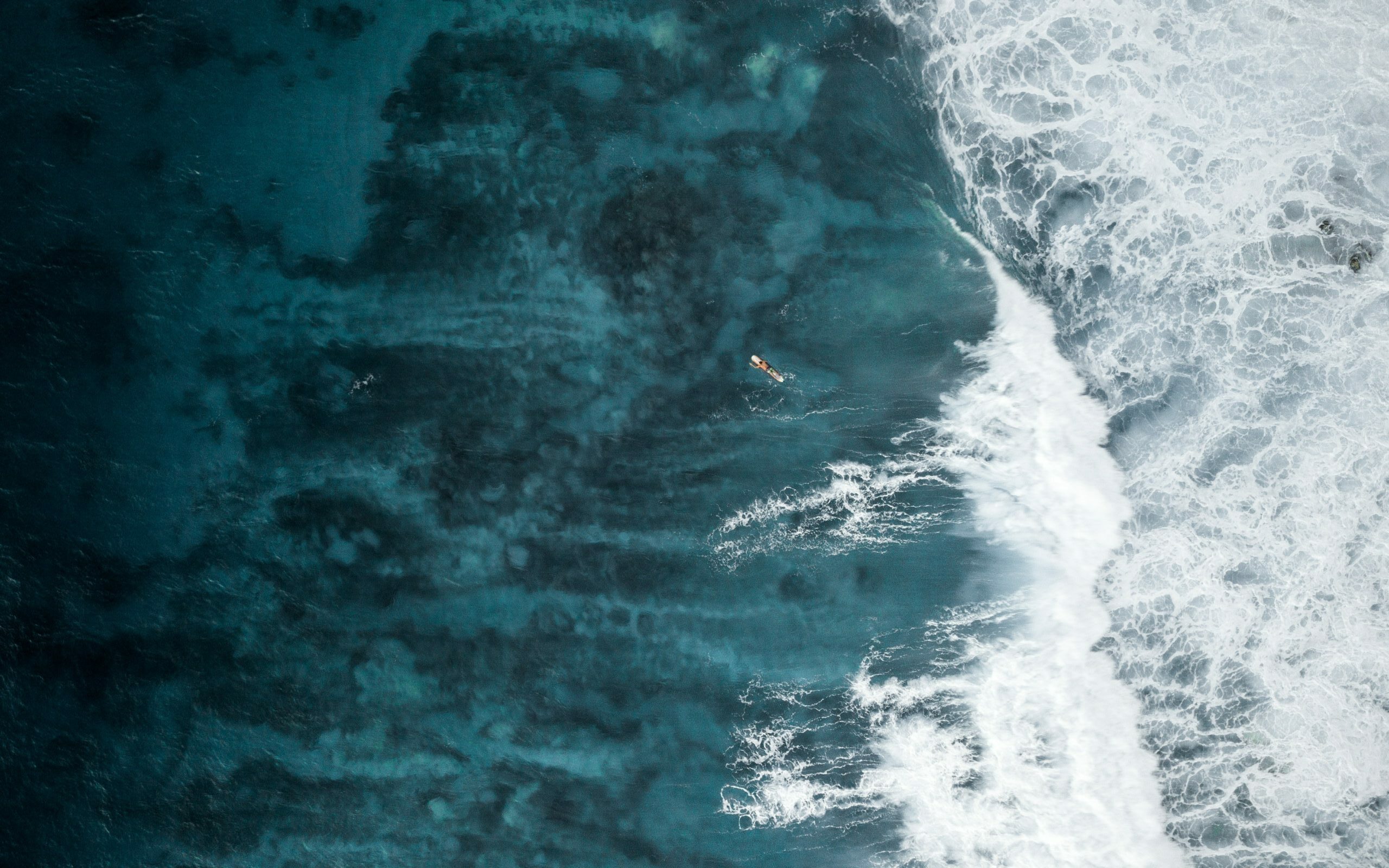 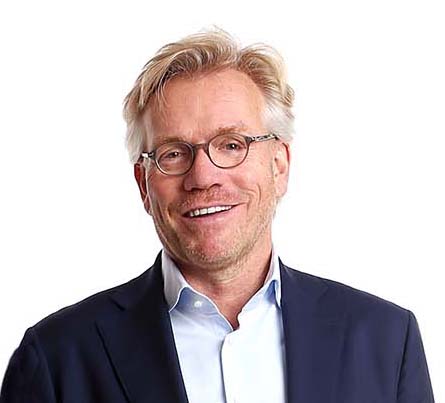 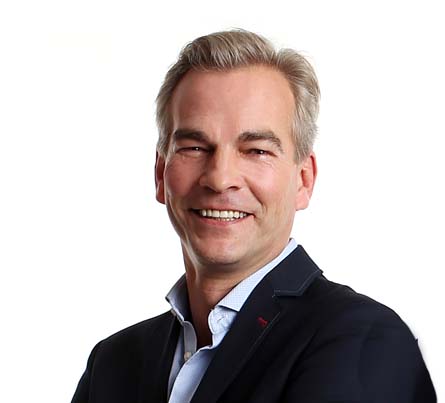